Today, creativity is more than ever appreciated and actively developed in professional and other spheres of life. This occurs when a  shift from values that prioritize meeting immediate material needs to ones that stress belonging, self-expression, opportunity, environmental quality, diversity, community, and quality of life is clearly noticed (Inglehart, 1981). Those who have been treated as peculiar mavericks or bohemian before, these days are placed at the very heart of the process of innovation and economic growth.

In this case, it is vital to define clearly how a Creative person could be measured. This person certainly has an inner need to constantly invent and, at the same time, to turn the ideas of inventions into a subject of material value, to come up with solutions that ultimately provide the benefits from the decision itself. And most importantly, this person has the skill to provide variable and diverse solutions and the ability to select the most valuable and interesting among offered.
In his book, “Rise of the  Creative Class,” Richard Florida identified these people as the Creative class  – a new economic and social unit with enough power, talent, and strength to play a significant role in transforming the world.  Scientists and engineers, actors, artists, designers, architects, researchers, analysts, and other opinion makers now have the opportunity to turn their introspections and soul searching into real energy for broader renewal and change of society. It can be argued that the Creative class defines the contemporary code of conduct, which differs from traditional social rules. The individuality and self-expression, tolerance, and openness to diversity take advantage of uniformity, conformity, and aspiration to be like everyone else. However, this phenomenon has some drawbacks, as well. The competition between representatives of the Creative class may be described as congestion. The most common market strategy, “The more is better,” is not applicable. In this case, the Creative person must effort on finding a whole new market space they can own, express themselves, defend, thereby be profitable over the years instead of months. In other words, it would be a  mistake to perform something that already exists. It is impossible to be a leader by following leaders. Instead, the space between fielders must be found. One of the best advice pieces was given by Marty Neumeier, who pointed out that the best rule to follow when searching the unique niche is to forget about the so-called best practice, which is usually just common practice. As far as individuality is a core for the creative person, it is pertinent to underline the importance of such characteristics as self-esteem. Creativity requires self-confidence and the ability to risk. At the same time, it demands to have ideals, values, and stick to them, even to the detriment of oneself, in his article “Creativity. Cognitive, personal, developmental, and social aspects,” Dean Simonton highlighted that it is the intelligence enriched with all sorts of impressions and views on life that contribute to creative development. Furthermore, true self-esteem is a performance made despite laziness, fears, and insecurity. That is why Richard Florida characterized the representatives of the  Creative class as hardworkers setting high goals and striving to succeed.
Often, creative tasks are of the external origin as it comes from a person or a group of people with a need, concern, dissatisfaction, but usually from an entrepreneur who wants to get profit, benefit, and different forms of success by solving the problem. Nevertheless, the greater goal is to create the experience that induces delight for those who determine the true meaning and value of any objective – people who eventually will utilize those creative tasks’ outcomes. It can be stated that today people are tired of intrusiveness, empty claims, and clutter, but the reliability and trustworthiness are truly meaningful. In other words, nobody cares about the identity and personal development of a creative person. Still, they wonder how personality could influence them and how such individuality could dissolve in significant and valuable reflections and creations. 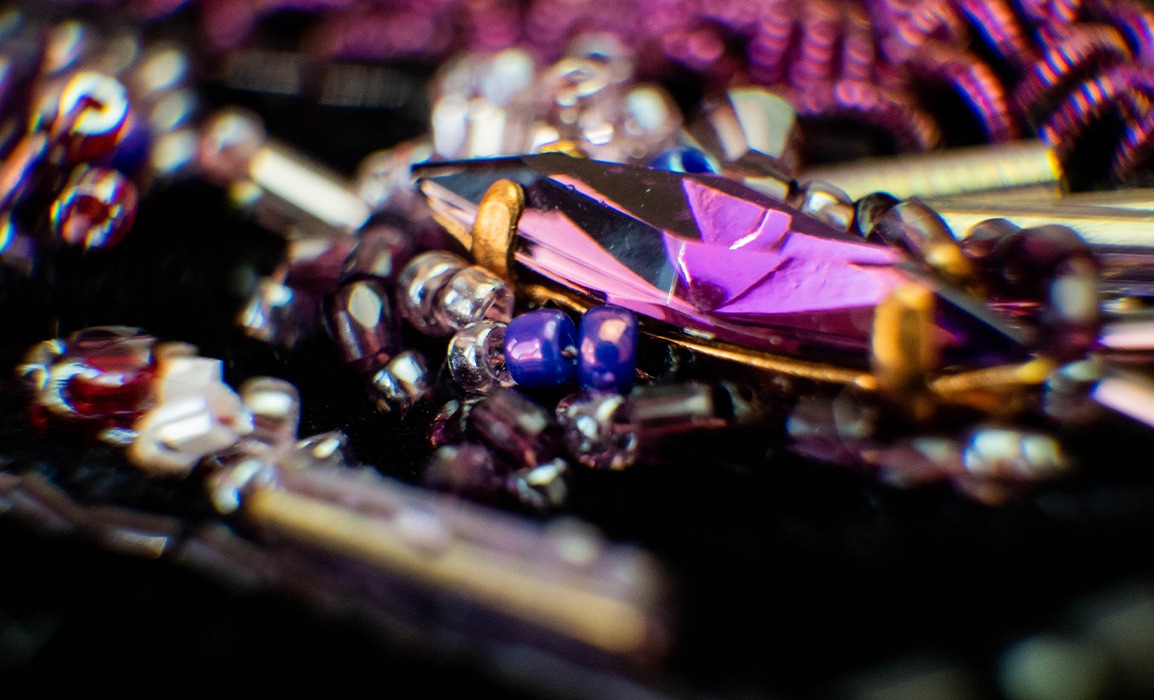 One of the most important steps for the creative person who wants to build the reliability and trustworthiness are to look inside and figure out where the real inspiration will come from. Under the pressure of competition, just a wish to make something has little value without knowledge, experience, credibility, and passion. In this case, it is reasonable to focus on true people’s motivation and feelings than an abstract unbuilt product.

It is noticed that society returns to the world-of-mouth culture with the impact of social media, where even commercials look like a conversation rather than a sales pitch. People are choosing to spend time watching and communicating with their “online friends.” 41% of Gen Zers are influenced by Facebook ads, 30% by what they see on YouTube, and 26% by  Instagram  — and that doesn’t include the additional boost delivered by seeing brands in influencers’ feeds (Faithpopcorn.com, 2019). Thus, it is pertinent to think about identifying “A unique buying tribe” (Neumeier, 2015) or “Micro clans” (Faithpopcorn.com, 2019) — a small group of people with commonly held beliefs who mostly seek a tribal identity rather than just features and benefits.
A tribal identity can take various forms and often requires accepting the very different contradicting meanings and value systems at the same time. Thus, social mobility and sociocultural adaptability are becoming mandatory for a  person. This may cause the problem with both self-perception and understanding of the world around. As a  result, the existing reality is no longer meeting a person’s socio-cultural needs and leading him to create a new reality. This phenomenon has come to be known as Escapism.

According to Elena Trufanova, Escapism is not a special case of manifestations of the psyche, which is found in crises; on the contrary, it is one of the basic, inalienable abilities of the human psyche, inextricably linked with imagination, fantasy, and cognitive instinct. At the same time, Jinna Letinskaya noticed that these days research focuses on the analysis of Escapism as a form of escape from everyday reality with its increasingly complex set of social requirements for the individual. Meanwhile, Ekaterina Skirdacheva stated that Escapism, as a social phenomenon, is characterized by the rejection of the individual or social group from society’s values, norms, and standards to form their own socio-cultural reality. As seen, the  “Escapism” notion can be actively used in various disciplines such as sociology, psychology, pedagogy, medicine, etc. Also, it cannot be identified as a modern phenomenon. Lubov Melnikova, in her dissertation “The existence of escapism in the culture,” presumes that Escapism is a constant feature of the human culture. Escapism is becoming a significant trend for the present day. The idea of freedom as the highest value received hypertrophied development with the help of modern technologies that provide incomparable opportunities for escape from daily routine. The concept of stability and uniformity that definitely was valuable for past generations is no longer attractive. The main thing that individuals are actually looking for in life, and what makes a person “escape” all the time, is craving diversity. In 1915, in his essay “Escape,” Arthur Benson defined that the urge to “escape” lies in the eternal dissatisfaction of a person with his current being and the ongoing desire to have new wishes.

It is important to recognize that Escapism has little to do with just traveling or shifting in space. This notion is characterized by analyzing changes in self-awareness and perception of reality that this shift causes. The emotions, associations, images, impressions arising in connection with the new environment are essential. Escapism is a creative activity that enables self-realization to those who feel its lack in everyday life.

Undoubtedly, a certain paradox in Escapism can be noted. On the one hand, it implies that an individual’s separation from others is a consequence of the free choice. On the other hand, the current social situation is prompting to make this choice. It causes a certain crisis of self-identity and requires striking a balance between free will and responsibilities to others and changing identities and acquiring new ones throughout the lifetime (Litinskaya,  2012). This complexity and inconsistency are of interest and can be considered the starting point for developing a creative person’s niche. 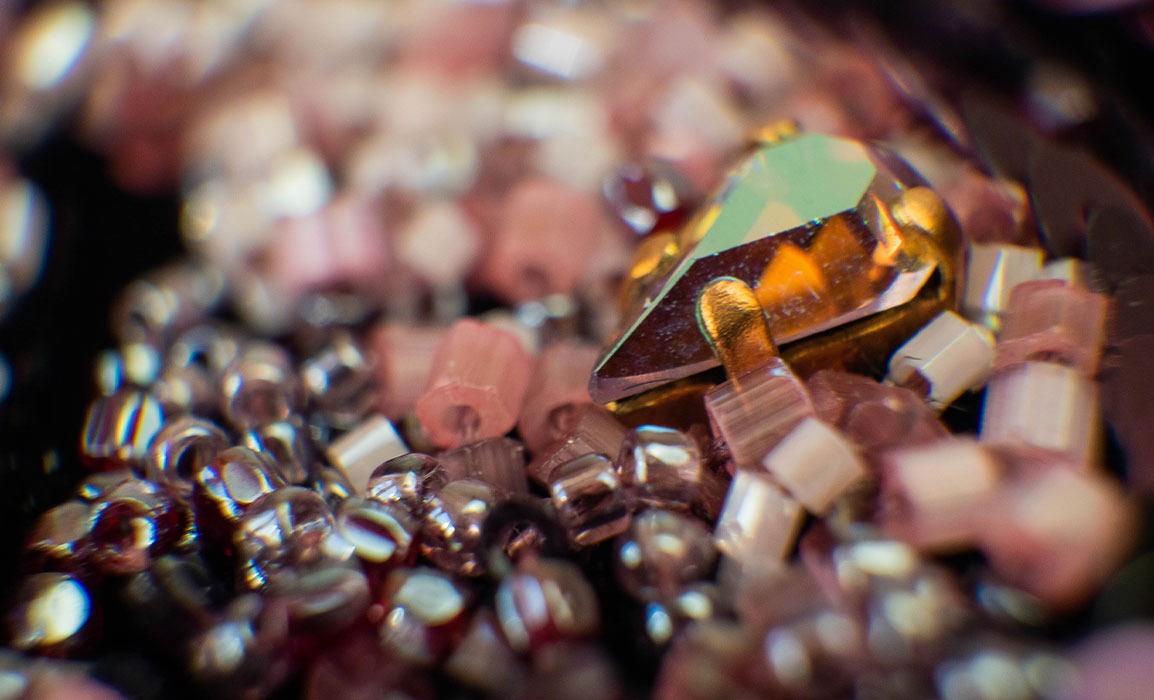 Every year people become more and more selective and want to know exactly how and what their goods are made of. The leading companies are moving towards transparency and ready to explain how they work and clearly demonstrate it. Moreover, they are willing to share their creative secrets.

Since the financial crisis hit ten years ago, the design industry’s relationship with the craft has been undergoing a sure and steady shift. Out of an era of unsustainable excess comes a time of reflection (Morris, 2019). One of the possible ways to explore craft these days is to percept it as something cultural rather than a primitive process. Despite the craft production admits a certain level of imperfection, craft things acquire their own identity and individuality and can express the personality of its owner, especially when highlighting a certain level of distinction is required by the sociocultural environment. Different foundations, such as the LOEWE Craft Prize, emphasize the significance and opportunities of craft for creative professionals. Jonathan Anderson, a  creative director of LOEWE, stressed that the contestants’ imagination and technical skill testify to artisans’ crucial role in the ongoing construction of cultural heritage.
Another way to percept crafts is considering it in the context of these days’ social and economic problems, namely, from conversations surrounding mass consumption and landfill to the lack of social connection due to reliance on technology and the feelings of loneliness, depression, and detachment that it can bring about. The core craft principles actually respond to quite a lot of these questions. The current reality is very different from twenty years ago. The questions about resources and repair have become routine. As mentioned before, a routine is something that a  human being is consistently trying to avoid and escape from. In this context, a creative class can convert routine into something that both makes people happy and allows them to remain in harmony while focusing them on awareness and responsibility. 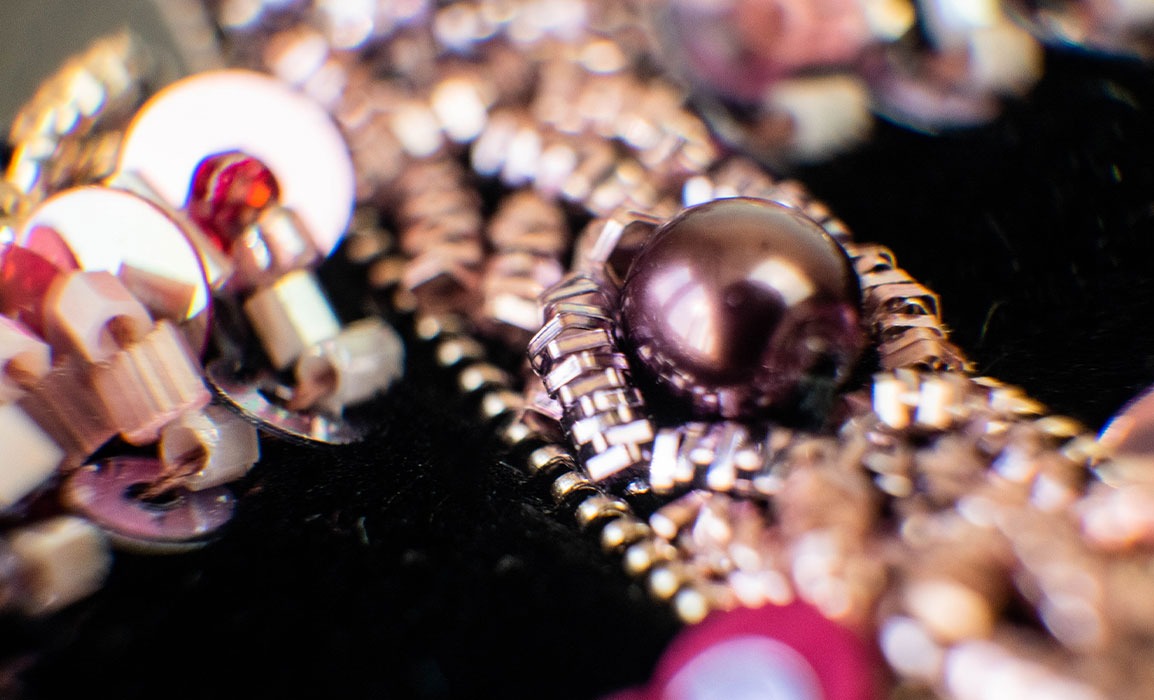 Faith Popcorn, founder and CEO of Faith Popcorn’s BrainReserve, once said that it is very hard to make money and live in the future because nobody will pay you for it yet. In this case, the iconic question “Where do you see yourself in ten years?” seems not exactly appropriate. A creative person who utilizes analytical thinking as a foundation for a creative approach can invent many answers. The true question is: Does this person really need these answers? Does it truly important for the person who is mainly guided by internal motivation and seeks genuine satisfaction from their work?

As mentioned before, the disintegration of social structures, the weakening of social control and unification means the growth of personal freedom, expands the possibilities for forming new connections and communities. At the same time, expanding the boundaries of personal freedom increases the responsibility for their social integration. This could lead to the conclusion that instead of speculating about the future, a  creative person’s priority is to establish a personal reputation, which, by the way, lies outside of an individual’s control.

Secondly, it is vital to recognize the values and principles that will not change during your professional performance. It can be argued that it is a waste of time to utilize personal creative approaches to make commodities for mature infants. Identifying a creative task based on the social, psychological, or cultural problem or pain point, searching for various solutions, and choosing the most innovative might be benefiting both emotionally and materially.

And finally, the solution for many pertinent problems could be found in the past. In a time of mass production crisis, traditional craft approaches can bring a creative person to a whole new and unique way of creativity. It is believed that craft products can help express individuality and show and share passion, versatility, and sometimes the controversy of a creator.