This part of my MA is an attempt to apply all my knowledge gained during the experiments with the ancient pearl embroidery technique. I also developed a range of samples. But samples of products – asymmetry collars for a jacket. I aimed to apply both new embroidery approaches and mixing various (originally not related) techniques. 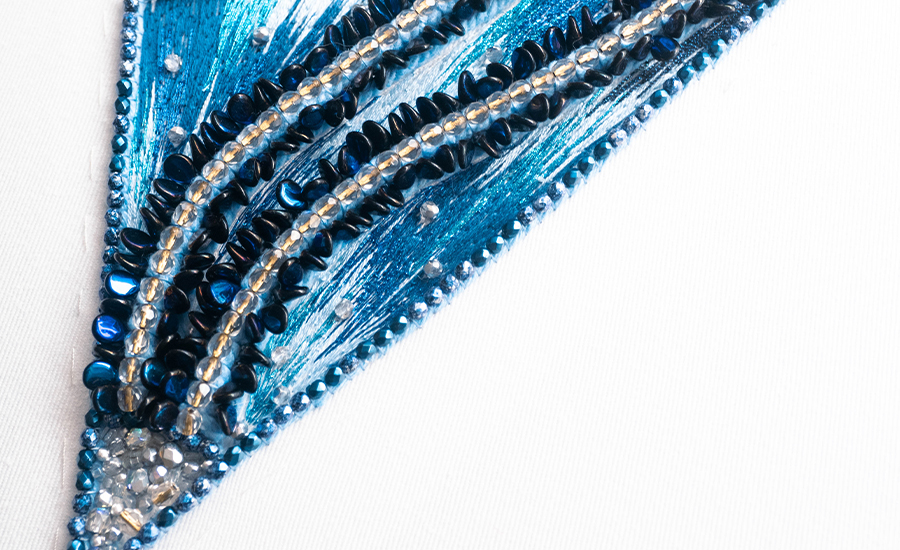 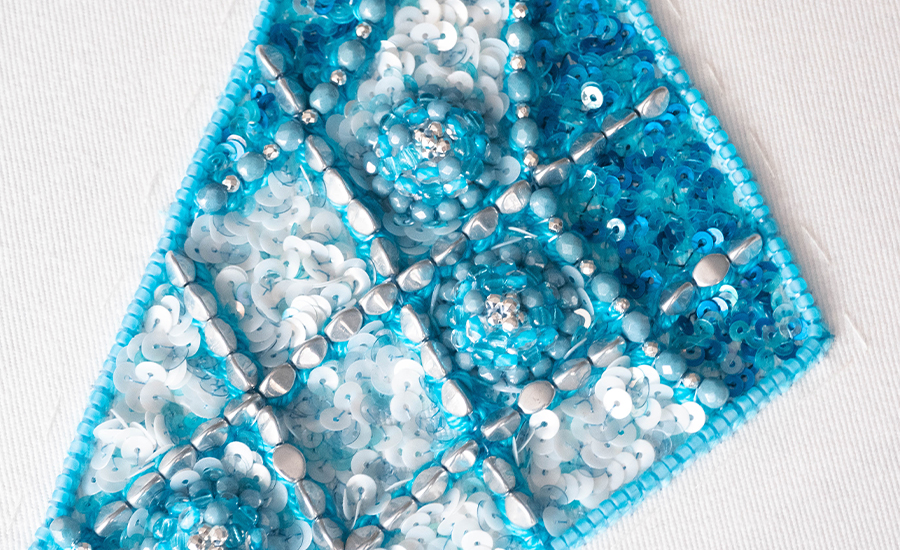 The major approach for the pattern development is to work on already developed collar pattern rather than on abstract form. The outcome of the current stage is not pattern itself, but a scheme for the embroidery.
There were sketched nine samples. These three were chosen for the further development. It must be said that all samples are absolutely relevant and might be developed as embroidery schemes. These three were not chosen randomly. From the personal perspective, these samples are the best to correspond with selected embroidery technique and results of previous experiments. 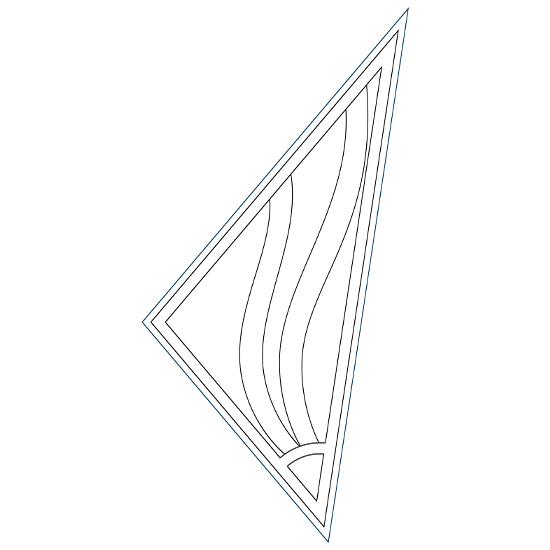 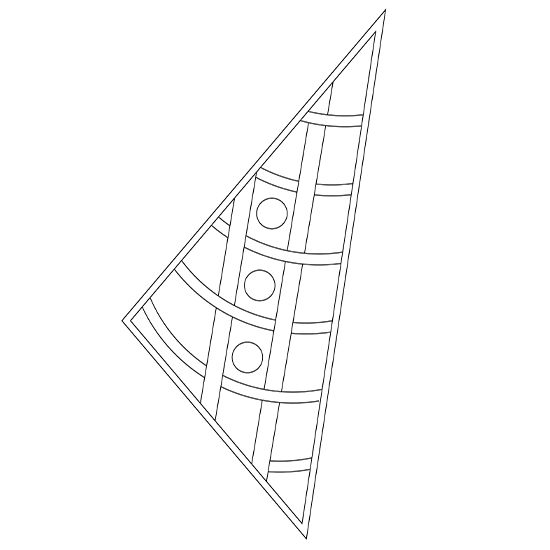 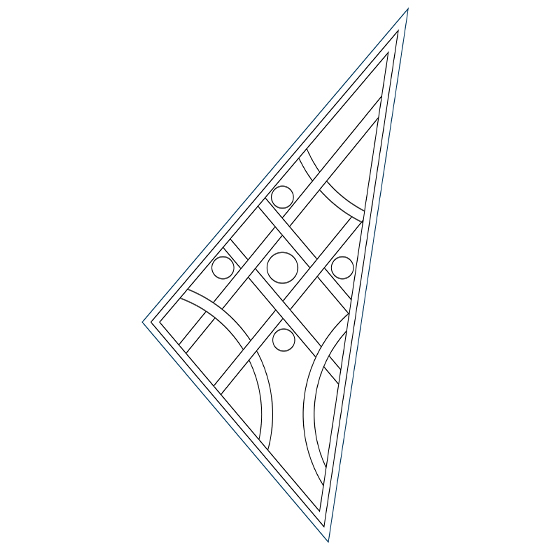 There were several benchmarks for selecting materials. First, blue color. I decided not to focus on the one particular hue, but to experiment with various blue tints and shades. Additionally, I added some metallic and white shades to make the palette more complex. Second, the results of my experiments in the previous module. I particularly hunted for unusual shapes, such as triangles and spikes. Unfortunately, spikes (blue or silver tints) were not available, so I picked petal shape as an alternative. Third, the sizing. During experiments (and personal practice), it was discovered that smaller (2 or 3mm) size of beads often works better. At the same time, it is nice to have a contrast between tiny and large beads. So, I chose both 2-3mm and 4-6mm sizes.

This stage aimed to give creative but still recognisable interpretation of traditional craft through keeping an ancient approach, and playing with materials and enriching it by other techniques. 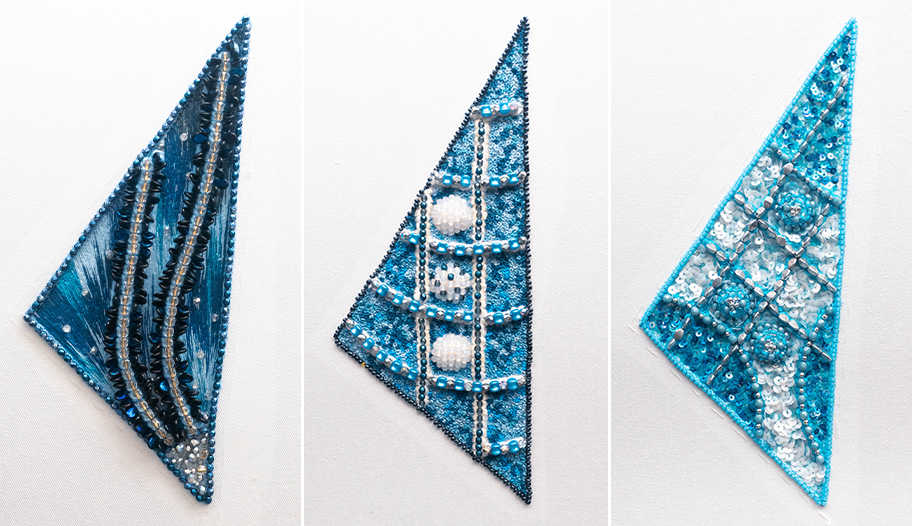 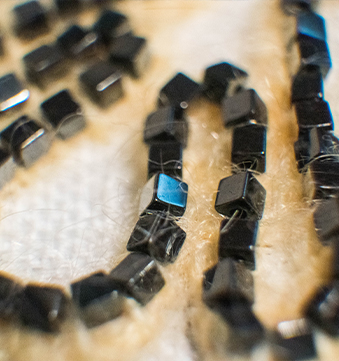 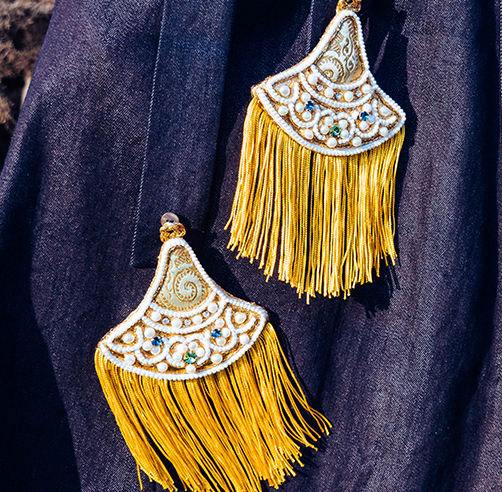 Next Project (n) Collection of Jackets